With a large strong head, males should be no smaller than 60cm at the withers and should weigh 35-45kg with females somewhat smaller. No record or history of health issues in the breed.

Alanos traditionally have been used on ranches for hunting large game as well as pasturing and taming cattle. Since the breed was used for hunting in packs, it is very sociable with other dogs.

Large working dogs, such as the Alano Espaol, need regular training and activity.

Health Problems: This breed has never been a bred for looks. Instead it is an ancient rustic dog that has been used to work hard in the country under rough conditions for ages, where only the fittest would survive. This may be the reason for the Alano Español being a very resistant, healthy breed, not prone to suffer from any disease in particular. The owner of Curro states, "When injured or ill, their recovering time is also outstanding. 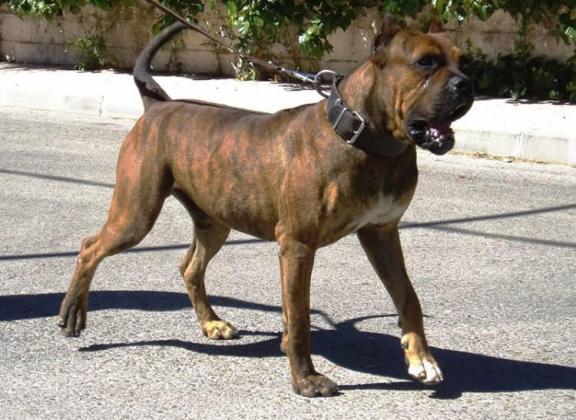 Alano Espanol, also known as the Spanish bulldog are a large dog of the molosser type, originating in Spain. With a large strong head, males should be no smaller than 60cm at the withers and.