Excessive red or black is a fault in the show ring. Its bark sounds like a hounds bawl. The tail is medium length and set high. The American Coonhound (also commonly known as the Black and Tan Coonhound) is a large breed of domestic Dog that is native to North America.

The American Coonhound is thought to have been developed by tribesmen in the mountains in the 1700s, who required a large Dog for both protection and to help with hunting.

By crossing the Bloodhound with the Black and Tan Foxhound, a breed was created that was very large in size and had an immense sense of smell like the Bloodhound, but one that was also much quicker.

One of the most common uses of the American Coonhound was to hunt generally small animals, particularly Raccoons, but they could also been trained to hunt much larger prey including Deer and even Bears. 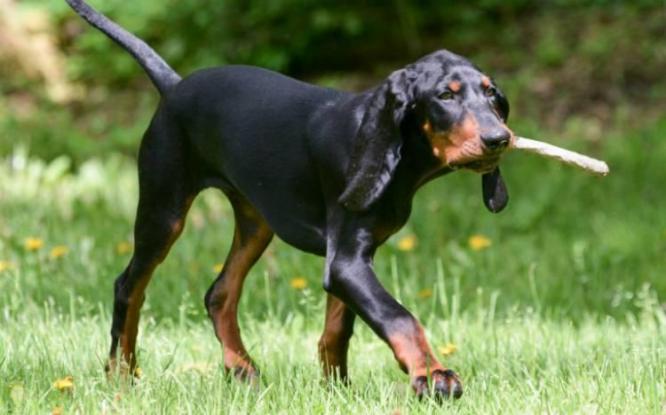