Alphabetically: C
Breed: Carlin Pinscher
Country: All
Region: All
City: All
Height: 11-13 inches (28-33 cm)
Weight: 12-14 pounds (5-6 kg)
Litter Size: 5-10 puppies
Hypoallergenic: No
Ad ID: 358
The Carlin Pinscher is good for apartment life. It is very active indoors and will do okay without a yard. The Carlin Pinscher should be protected from the cold.

Originally called the Pug-Pin, this breed began as a cross between the Miniature Pinscher and the Pug. Other breeds thought to contribute to Carlin Pinscher type have been, and are being introduced to the gene pool as well.

The name Carlin comes from the Pug, as in some countries the Pug is known as the Carlin. It was decided in 1998 to create a new breed. The idea came from three friends of Grant Miliontas.

Their names were Isabeau Morgan, Katushka Vitrichenko and Kawika Buenafe. During 1992 in France, Isabeau and Katushka saw dogs that looked like miniature Rottweilers.

The owner told them that they were a cross of Pugs and English Toy Terriers. In Honolulu, Kawika also saw a dog that looked like a toy Rottweiler. Kawika was told by the owner that the dog was a cross of a Miniature Pinscher and a Pug. 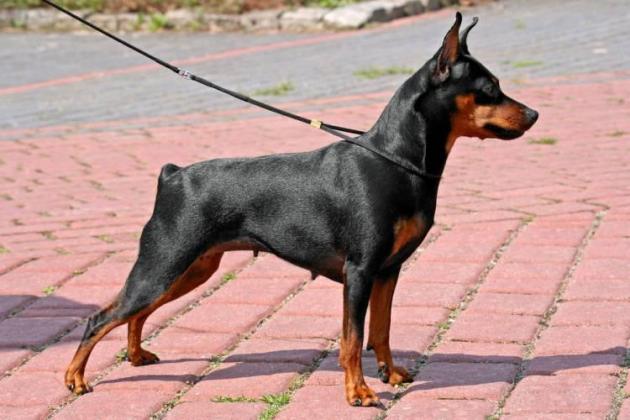 The Miniature Pinscher is a small, compact, muscular, sleek dog with square proportions and well-chiseled lines. The topline is either level or sloping slightly towards the rear. The front legs are straight and the dewclaws removed.