Originating in the Scottish Highlands in the late 1800s, the Golden Retriever was developed by Lord Tweedmouth, by crossing the original yellow Flat-Coated Retriever with the now extinct Tweed Water Spaniel.

He later crossed in the Bloodhound, Irish Setter and more Tweed Water Spaniel. The dogs were called the Golden Flat-Coat and only later were they given the name Golden Retriever.

The Golden Retriever is a beautiful, sturdy, well-proportioned dog with a feathered, medium-length, cream to golden-colored coat. (The coat is not suppose to be red.)

The outer coat is water-repellent and the undercoat is dense. The head is broad, with a tapering, but wide, powerful muzzle. It has a scissors bite and a clear frontal stop.

The nose is black and the kindly eyes are brown with dark rims. The ears are medium-sized and pendant. Its neck and thighs are muscular and the chest is broad. The tail is long, but never curled. 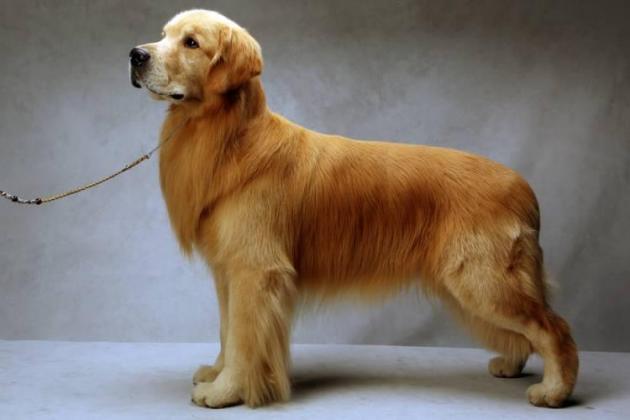 Did you know: Golden Retriever is the fifth-most popular dog breed by registrations (92,994) worldwide. Originating in the Scottish Highlands in the late 1800s, the Golden Retriever was developed by Lord Tweedmouth, by crossing the original yellow Flat-Coated Retriever.