The breed is named for the Kangal District of Sivas Province in central Turkey where it probably originated.

The Kangal Dog is a large, powerful, heavy-boned dog, whose size and proportions have developed naturally as a result of its continued use in Turkey as a guardian against predators.

The tail, which is typically curled, completes the distinctive silhouette. The Kangal Dog has a double coat that is moderately short and quite dense.

The Kangal Dog has a black mask and black velvety ears which contrast with a whole-body color which may range from light dun to gray. 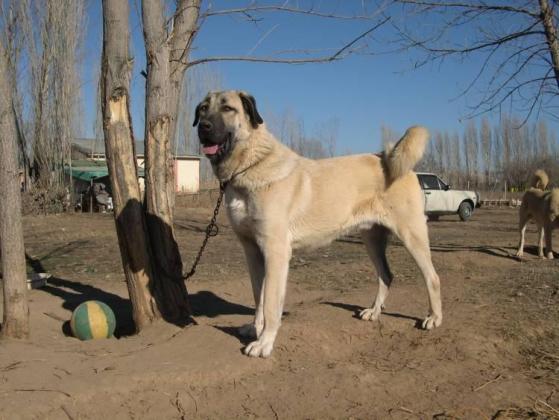 The Turkish people claim: the Kangal Dog is an ancient flock-guarding breed, thought to be related to the early mastiff-type dogs depicted in Assyrian art. The breed is named for the Kangal District of Sivas Province in central Turkey where it probably originated.