That is where the term "lion dog" comes from. The moniker "chrysanthemum dog" and "sheet-sue" are common in America, but are both inaccurate American renditions of the original Chinese.

The Shih Tzu is said to have descended from crossing the Lhasa Apso or Tibetan mountain dog and Pekingese, in the city of Peking in the 17th century.

The dogs were favorites of the Chinese royals and were so prized that for years the Chinese refused to sell, trade, or give away any of the dogs.

It was not until the 1930s that the first pair was imported to England, when it was discovered by English soldiers during World War II. The Shih Tzu was recognized in Britain in 1946.

Health Problems: The UK Kennel Club survey puts the median life span of a Shih Tzu at 13 years and 2 months, with most living 10–16 years. 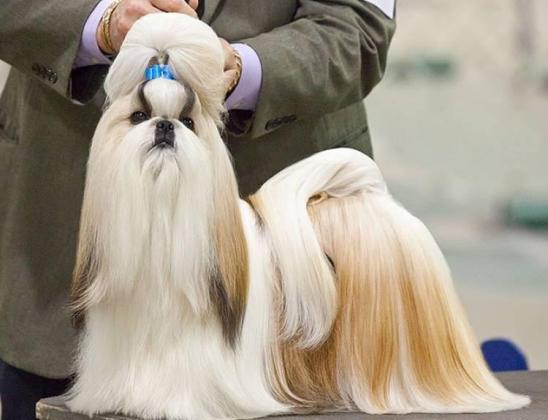 In the Chinese pronunciation the "ds" is pronounced the same as the "ds" at the end of the word "Words". It is Chinese Mandarin, and translates directly to "lion". That is where the term "lion dog" comes from.